Série Series is thought and conceived in close collaboration with 15 professionals from all over Europe.

At the heart of Série Series, the European Series Summit groups together many initiatives designed for professionals, to facilitate the creation of the “Europe of series”.

For fans and enthusiasts of the genre, Série Series hosts free screenings of recent or previously unseen European television series, which are selected based on their quality and originality, as well as meet-and-greet sessions and case studies with the teams behind them (writers, directors, actors, etc.) to provide an insight into series. Also, a special concert at the Municipal Theatre of Fontainebleau, sessions for children and many other events. Some of the series presented exclusively at the festival in the past have gone on to become essential viewing: Real Humans, Bron/Broen, Rita, Peaky Blinders, Utopia, Beauséjour, Trapped...

The Série Series programme, including the "European Series Summit", is a unique, prestigious and exclusive event dedicated to European television series and the people that create them and which, each year, brings together 600 professionals. The aim of the summit, created by a governing committee made up of highly dedicated and enthusiastic industry professionals, is to showcase the best European creative output of tomorrow, to provide a vision of the future, and to facilitate and encourage meetings between attendees and fruitful collaborations by providing an exceptional setting and a friendly convivial atmosphere.

Série Series is produced and run by Kandimari - a French agency specialised in the production and promotion of cultural events and festivals – in close collaboration with an editorial committee made up of professionals, who are leaders in their fields and play an active role in the programming, the positioning and developments. Since 2014, they have been supported by a European steering group. 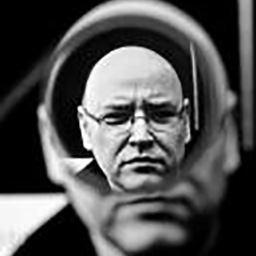 Hervé Hadmar
Co-president of the editorial committee
Screenwriter and director
Hervé Hadmar started his career as a graphic designer. He then worked for more than ten years in the advertising industry before starting to write and direct, first, feature films (Comme Un Poisson Hors De L'Eau), and then series: Les Oubliées (France Télévisions), Pigalle La Nuit, (CANAL+), Au-delà des Murs (Arte) and Les Témoins 1 and 2 (France 2). He is now preparing his next feature film Silence of the Moon as well as several series. 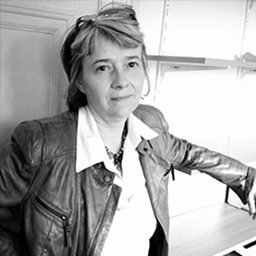 Bénédicte Lesage
Co-president
Producer - Shine Films Label
After producing clips, documentaries, drama and being editorial manager for M6 and for youth at France 2, Bénédicte Lesage has co-managed Mascaret Films from 1999 to 2016 and produced feature films such as La journée de la jupe and drama series such as Guyane for CANAL+. In 2017, she becomes head of Shine Films Label (EndemolShine France). In parallel to the production of Guyane / Ouro season 3, she develops 52-minute, 26-minute and 5-minute drama series for the French and international market, including the African market. She has been awarded many times and she was President of the SPI (2012-2013), President of ARECOA and President of the Commission for the Selective Support Account at the CNC (2009-2010). In 2018, she has participated to the setting-up of Série Series Ouagadougou. 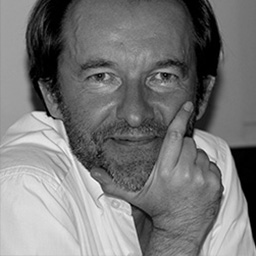 Jean-François Boyer
Producer and president, Tetra Media Studio
Trained as an historian, Jean-François Boyer has been a TV producer for 20 years before running Tetra Media Studio, within which he produced series (The Line for France 3, Spin for France 2, Beautiful Loser for OCS, Vernon Subutex for CANAL+...) documentaries and magazines. Since 2017, the British group ITV is the majority shareholder in the company. 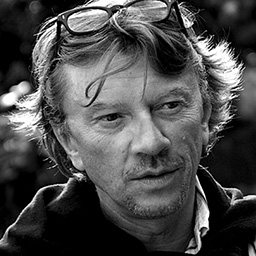 Nicolas Jorelle
Composer
Nicolas Jorelle has worked for television on series such as Le Silence de l’Épervier, Les Cordier, Femmes de Loi, Vertiges, Agathe Koltes… and on fifty or so one-off drama. He has also worked on feature films (Fanfan, Oui, 8…) and on plays (L’Adieu à la scène, Anquetil tout seul…). Nicolas Jorelle’s compositions have received awards at the Festival de Luchon, at the Festival de la fiction TV in La Rochelle and at the RITV in Reims. 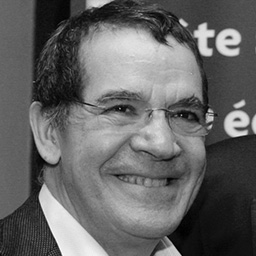 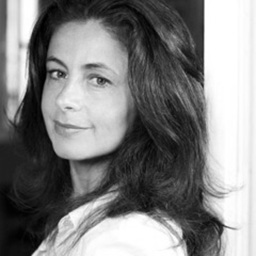 Anne Landois
Screenwriter and showrunner - France
Anne Landois began her career as a screenwriter in 1994. Her interest in the judiciary world and thrillers is very present in her work, even though she also co-authored sentimental comedies for Belgian television. Her taste for judicial realism and field investigations came to the fore through the writing of various projects: Rendez-moi justice (France 3) and Spiral (CANAL+), for which she wrote the seasons 3 and 4, before becoming showrunner of the seasons 5 and 6. The 5th season received the Emmy Award for Best International Drama Series in 2015. Aired in Autumn 2017, the season 6 marks the end of 10 a year-old adventure. Since January 2018, Anne Landois develops new projects of series within her own production company Sortilèges, created with the producer Vassili Clert. 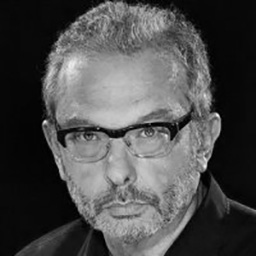 Philippe Triboit
Screenwriter and director
Philippe Triboit began his career as an assistant director and a screenwriter for both cinema and television. Today he alternates between creating TV series (Avocats et Associés, Engrenages / Spiral, La Commune, Un Village Français…) and directing and writing for one-off, many of them award-winning. He now works in partnership with Frédéric Krivine at Terego, and he is also the co-producer of Un Village Français along with Tetra Media. He has recently directed several episodes of Guyane for CANAL+ as well as the TV movie Un homme abîmé for France 3. 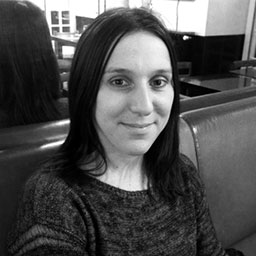 Camille de Castelnau
screenwriter - France
Graduated from la Femis school, Camille starts working for television on youth series and various drama episodes. She meets Eric Rochant in 2011 and co-writes with him 30 episodes of Le Bureau (Canal+ series) 3 first seasons as well as a pilot for HBO : The Oligarchs. 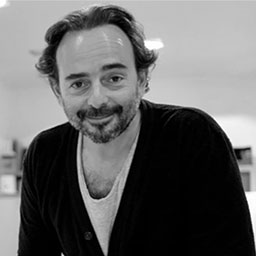 Nathaniel Méchaly
composer - France
Born in 1972, Nathaniel Méchaly enters the National Conservatory of Marseille then Paris and Boulogne where he studies cello, chamber music and electroacoustic composition. He began in 2004 as a composer for cinema with Raphael Nadjari's Avanim, then continued with Guy Ritchie's Revolver and contributed to the success of the Taken trilogy (1, 2 and 3). He has signed a large number of scores for television (Kabul kitchen series for Canal+, 13 November for Netflix…), and radio, theatre and contemporary dance. Nathaniel Méchaly has just finished the composition of the TV series Shadowplay directed by Måns Mårlind and Björn Stein (with who he already worked on Midnight Sun and Swoon). He currently works with director Wong Kar Wai with who he previously worked on See you tomorrow  and The grandmaster.. 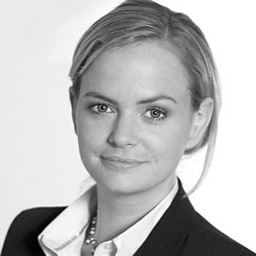 Tasja Abel
PRODUCER, MADEFORFILM | Germany
Tasja Abel graduated from the Munich School of Management (LMU) and worked for various production and distribution companies, before joining ZDF Enterprises in 2008, as Vice-President for ZDFE Drama. She oversaw the development, acquisition and all exploitation of co-productions and distribution mandates. Tasja was also executive producer for The Bridge III and IV and for the Belgian show, Tabula Rasa, among others. In 2017, she joined Dynamic Television as Vice President, Sales and co-production representative. Since 2020 Tasja is a producer at MadeForFilm, a company of the Endemol Shine Group. 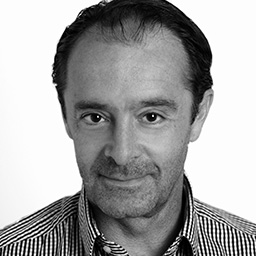 Stefan Baron
CEO Yellow Bird Sweden
Stefan Baron has worked as a director, a producer, Head of SVT Acquisitions, Commissioning Editor sports and entertainment SVT, Head of Drama SVT Stockholm and Commissioning Editor drama and sports. From 2014 to 2018, Stefan has been executive producer at Nice Drama and Head of international co-productions for the Nice Entertainment Group. He has recently produced Midnight Sun (SVT – CANAL+) and Hassel (Viaplay). During autumn 2018, Stefan joined Yellow Bird Sweden as Head of business affairs and executive producer where he is now CEO. 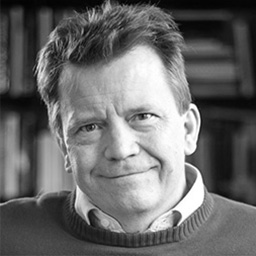 Harald Hamrell
Director | Sweden
Throughout the years, Harald Hamrell has established himself as one of the most successful and well-known directors of mini-series and feature films in Sweden. He has directed and co-written many of the last decade’s most popular films and television series (Real Humans, Beck, The Restaurant, etc.). As a teenager, Harald was already interested in making short films and when very young, acted in films and for television. 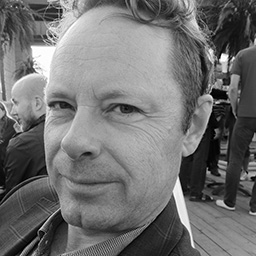 Lars Lundström
Author and producer | Sweden
Lars started his career as an actor and screenwriter and then went on to found Matador Film, which is part of Nice Entertainment Group since 2017. Lars is one of Sweden's most well-known screenwriters and has written several popular TV series and films, such as Real Humans, Wallander, Brotherhood (Tusenbröder), Pistvakt, Labyrint and Cops (Poliser). 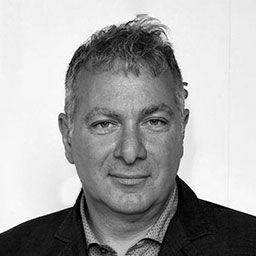 Jed Mercurio
Showrunner | United Kingdom
Jed Mercurio is a British TV showrunner. He is the creator, writer and producer of Line of Duty and Bodies, both of which have won the Royal Television Society Award for Best Drama Series and of Bodyguard, which has been the most successful drama on BBC in the past few years. He has been nominated 4 times for a BAFTA Award, 4 times for the Royal Television Society Award for Best Drama Writer and 3 times for a Writers' Guild Award. His other credits include Strike Back, Critical and Cardiac Arrest. 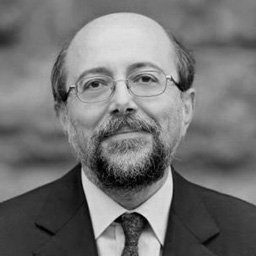 Luca Milano
Director, Rai Ragazzi| Italy
Lucas Milano worked as a foreign affairs journalist for an Italian press agency, then as United Nations Children’s Fund (Unicef) information officer in Geneva and in Abidjan, and as manager of a leading Italian consulting and engineering company. He has been working at Rai for more than 16 years, in the areas of Cinema and TV Fiction production. He was in charge of Marketing and International operations for TV Fiction and Drama production, Head of Animation Production and Co-production as well as Executive Deputy Director for Rai Fiction. He is now Director of Rai Ragazzi. 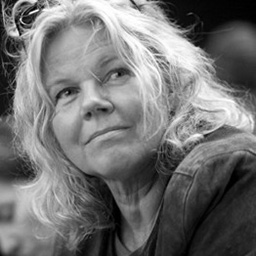 At the heart of Série Series, the European Series Summit groups together many initiatives designed for professionals, to facilitate the creation of the “Europe of series”. Série Series offers made-to-measure initiatives to professionals and acts as an incubator for projects and talent.

Série Series develops an ad hoc programme, designed especially for professionals: presentation of works in progress to get ahead of the game and discover European series in production (“In the Pipeline” sessions) and in earlier stages of development (“What’s next?” sessions), as well as masterclasses, workshops and discussions on best practices by inspiring creators.

The Broadcasters’ Conclave: an exclusive club for European channels REPRESENTATIVES

The Broadcasters’ Conclave was initiated in 2013 and gathers annually the heads of drama of European public and commercial channels from 20 countries. The concept: a meeting with no outside observers on the key issues of their sector and professions.

Série Series provides creators with a made-to-measure programme of workshops, in small groups, responding to their specific challenges. Series Stories contributes to the training of creators in all stages of their career and is supported by the Ile-de-France region and the CNC.

The European Series Summit shines lights on emerging projects and helps their creators find the right partners. Through the “Spotlight on trailers by Série Series” initiative and pitches sessions, the Summit also gives the floor to new voices.

The social network for European series-makers, designed by Série Series. On one hand, The Link is a tool allowing professionals to make the most of their time during the event, to set up meetings and contact other participants. On the other hand, it is also a directory available all year round, linking the creators and decision-makers from across Europe and allowing them to highlight their projects.

The Meeting Room, videolibrary and professional bar are spaces reserved for professionals, allowing them to meet and discover projects under optimum conditions. Each night, prestigious dinners and parties gather together all the professional participants at the Château or the Theatre, and are an opportunity for more informal meetings.

WHAT THEY SAY ABOUT US

Watch our album #SérieSeriesIs... from Série Series on Vimeo.

Série Series is produced and run by Kandimari

Série Series is produced and run by Kandimari - a French agency specialised in the production and promotion of cultural events and festivals -, led by Marie Barraco.

Head of Development and Production - Argentina